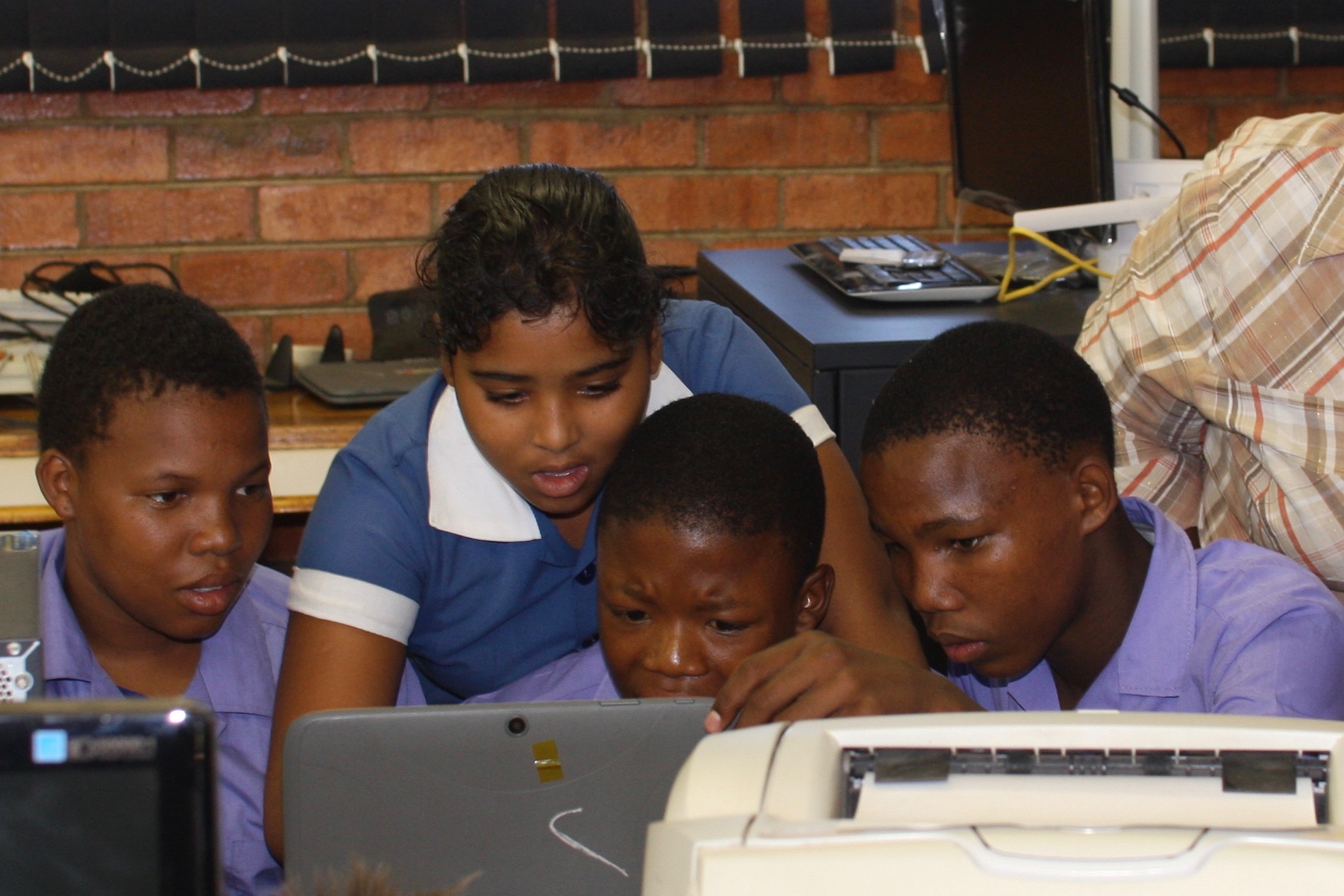 Imagine a child living in a small rural village attending a school that is extremely under-resourced. There is no library, no electricity, and no access to the vast array of educational technology many of us take for granted including Wikipedia, Khan Academy, instructional videos, and more. And then the child hears of a new initiative – a local group has partnered with USACF and there are plans to bring the “Bridge Project” to the school.

The team arrives along with Bob Rollins and Manning Sutton who have come all the way from California. They carry with them a Bridge Pi, some laptops, and a projector. They work with the school’s staff for three days teaching them how to use the Bridge Pi and then the class is invited into a room. The whole world is about to change.

During the next three hours the students see their first whale, look at the skyscrapers of New York, examine the rings of Saturn, and look inside the human heart. They are taught how to research any topic they are interested in. The whole world is suddenly inside the classroom and they have access to it all. There are hundreds of books to read and educational games to play. There is now a far greater chance they can be all that they want to be.

Before the pandemic hit, USACF launched 15 Bridge Pi programs in Zimbabwe, South Africa and Ghana. American schools were sponsoring the learning centers in 11 of these schools. We hope once schools return to some sense of normalcy we can build on our sister school partnerships and get the 11 African sister schools up and running.

The power of the Bridge Pi has not gone unnoticed. During the pandemic we have been approached by colleagues in Tanzania, Sierra Leone, Liberia and Uganda. They all want to know how they can get Bridge Pi’s. In the next year plan to run several workshops in Africa for them.

Bob, Manning, and the rest of the USACF team have been working hard to support USACF’s in-country partners and to bring educational technology to under-resourced schools and communities. The team trains on-site “champions” to input lessons and exams, customize the interface, upload local content, troubleshoot, and more.  We put special emphasis on training students (with girls in leadership roles) and teachers to assemble the Bridge Pi’s independently, using locally sourced components. Click here to read more about the Bridge Project.