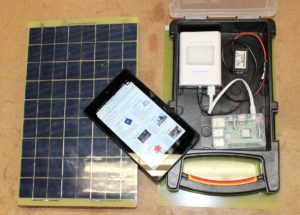 How does this work without the internet?

This solution uses a low-power Raspberry Pi computer running in the classroom. It has built-in WiFi and the ability to run a website, delivering web pages and media such as videos and audio.  This leverages the work of several organizations that have made their content and websites available “offline” for use in standalone mode. 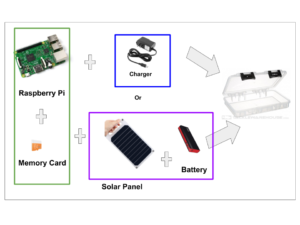 What is the Raspberry Pi? 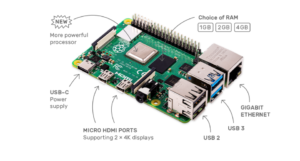 Raspberry Pi is the name of a series of single-board computers made by the Raspberry Pi Foundation, a UK charity that aims to educate people in computing and create easier access to computing education.The Raspberry Pi launched in 2012, and there have been several iterations and variations released since then. The original Pi had a single-core 700MHz CPU and had just 256MB RAM, and now (the Pi-4) has been completely re-engineered and upgraded with more memory and a more powerful processor.

The Raspberry Pi is a very cheap computer that runs Linux (open source operating system), but it also provides a set of GPIO (general purpose input/output) pins that allow you to control electronic components for physical computing and explore the Internet of Things (IoT). All over the world, people use Raspberry Pis to learn programming skills, build hardware projects, do home automation, and even use them in industrial applications.