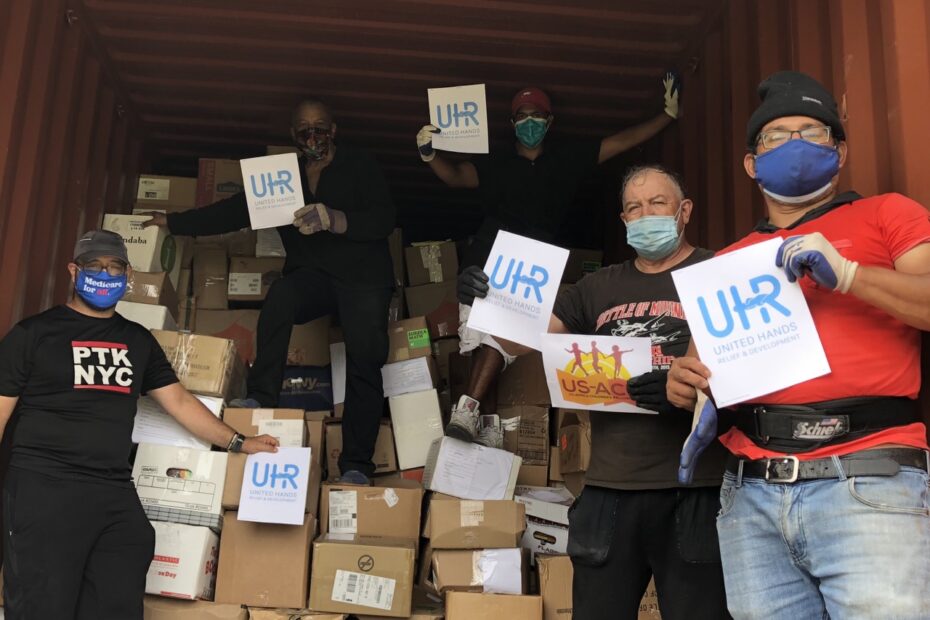 Of all USACF’s many initiatives, the STAR Project stands out as one of the most successful. It was remarkable in its meaningful impact on American students and its capability to deliver needed goods to families living in refugee camps in the Middle East. The STAR Project brought together a coalition of 50 New York City area schools with the single purpose of providing a rapid delivery system of goods to areas in desperate need.

Each participating school was asked to collect a single designated item. These items included children’s clothing, adult clothing, shoes, toys, household goods, bedding, toiletries and school supplies. School collection drives lasted about two weeks. At the conclusion of the school drives, schools brought their donations to a staging area in Greenpoint, Brooklyn. There, a 40-foot high cube container sitting on the back of a flatbed truck awaited their arrival. Once inventoried, the donations were loaded into the container.

The STAR Project was able to collect enough donations to send two containers to Jordan, two to Yemen, and one to Somalia. A group of 14 volunteers went to Jordan to help give out the donations to Syrian refugees. This is a link to that trip – https://youtu.be/JbP8ZajZdRY.

The Yemeni containers were delayed almost eight months in the Port of Aden due to the fighting around the port and the outbreak of the Covid-19 virus. United Mission Relief played a critical role in paying for the shipments and getting the containers released to the camps. Donations were delivered to 8 different refugee camps, reaching over 1300 families and to 4 remote schools serving 600 students. We look forward to sharing this unique system of rapidly collecting donations and getting them to areas in desperate need. Interested school systems should contact USACF at info@usacf.net.